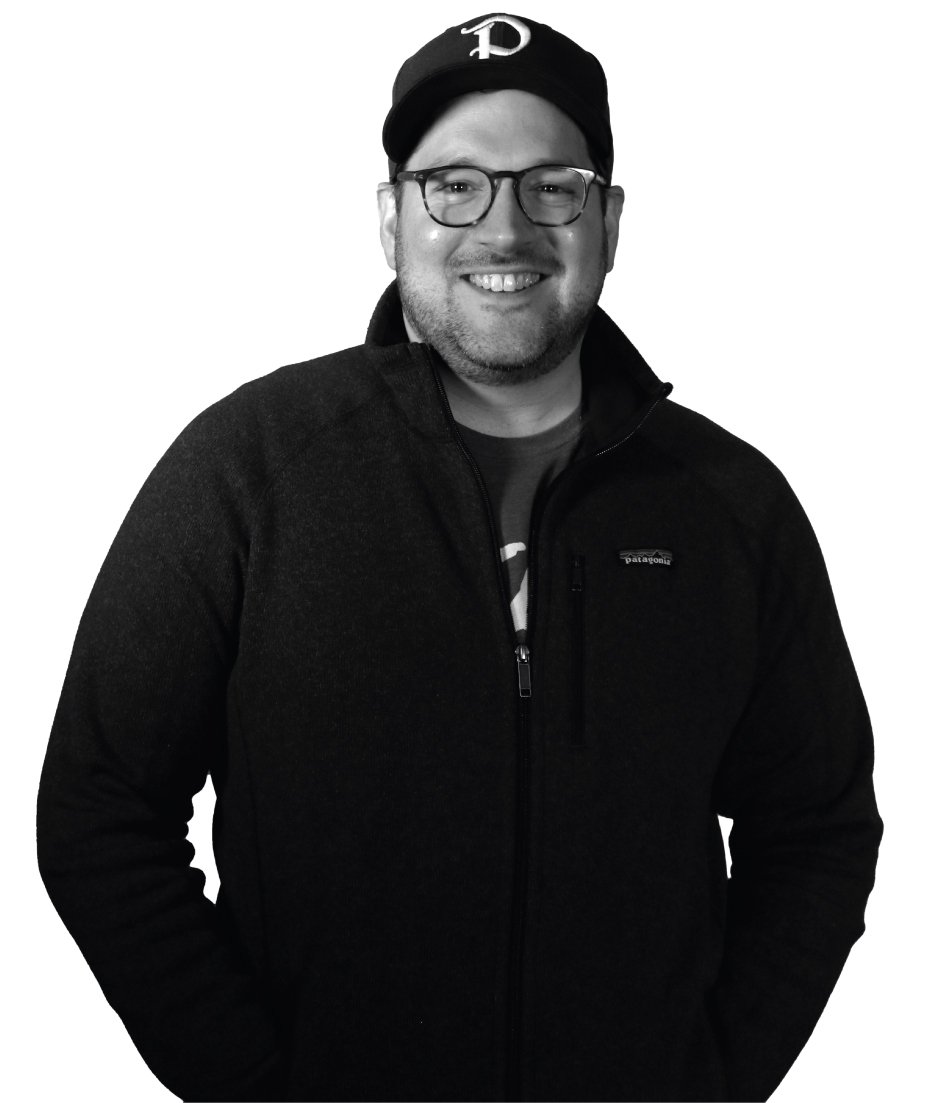 Ryan Hirliman is our Frontend Developer who writes copious amounts of code. He also maintains client websites, many of which have been developed by the team at Renoun Creative.

Ryan has his BFA in Communication Design. His passion for web development started while he was in high school. Although his intentions were to become a web developer/designer, his degree took him on a slight detour into different environments, including print and package design. It wasn’t until he was hired at Renoun Creative that he got back to being a full time front end web developer.

Ryan has won a handful of Addys that showcases his talent. He values accuracy and prides himself on building components precisely. He is always learning new techniques, technologies, and best practices.

Ryan decided to work in this field because he has always been intrigued by code and computers. He’s always been a problem solver who loves challenges, even as a teen when he built a computer to play music in his car before the days of iPods and mp3 players.

Ryan is a father of two, a DIYer, a lover of film and literature, a nature enthusiast, and Renoun Creative’s Ping Pong Champion who Dan will never defeat (sorry Dan). He’s also a proud dog dad.

Don’t Just Take Our Word For It

I have been working with the Renoun team since 2015 and they are great! I am head of marketing and communications for Reddy Bikeshare and they basically helped us get started up to design a brand out of thin air! They did the graphic design on all the bikes, racks, signage and marketing materials (no small feat!) and consistently ensure that we and our partners are completely satisfied with the final product. We continue to use their services because of the quality of their work, attention to detail, and timeliness of turnaround. Another huge reason we continue to use them is that they are ALWAYS available to help in a pinch. There have been countless times we have needed them unexpectedly and they always figure out a way to get done what we need. Extraordinarily reliable - I would 100% recommend them for your graphic design needs!

I worked with the [re]noun creative team on a complete redesign of our company website. They created a beautiful, responsive site and walked us through the entire redesign process. They are creative and strategic. Highly recommend!

Renoun is a one stop shop. Website, SEO, Social Media Marketing. They helped us form a simple, effective approach that brought us from an online afterthought to the first page of Google searches! Couldn't be happier.

Very responsive to customer needs and concerns, willing to go the extra mile, and all around really good to work with.

Renoun has been fantastic from start to finish. We have seen an influx of new activity since we affiliated with Renoun and are very happy with the hands on approach from them. Cannot say enough great things about them.

The team at Renoun Creative really know their stuff! We’re working with them to create a more effective website and develop a dynamic social media and marketing strategy for growing our HR consulting company. We’re definitely in great hands!

We've been working with Renoun for a few years now and have been impressed with their work. They've completed a complete re-brand, new websites, office interior designs, and trade show booths. I highly recommend them.

Renoun Creative has gone above and beyond in every project we've undertaken together. From building a new optimized website to creating marketing and advertising strategies specific to our company, they have helped our company expand its reach and discover new customers.

View Case Study
We use cookies on our website to give you the most relevant experience by remembering your preferences and repeat visits. By clicking “Accept”, you consent to the use of ALL the cookies.
Cookie settingsPrivacy PolicyACCEPT
Manage consent