< Back to Articles & Thoughts 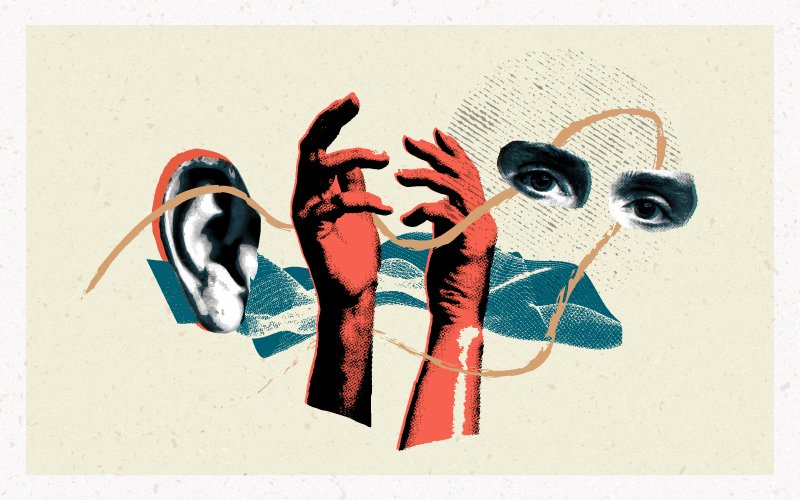 You’re doing one of these two things, depending on the device you’re using.

For most, it’s easy – so easy that it’s second nature.

Imagine absorbing online content with sound and sight. Picture a world where we’ve evolved past the basic point-and-click websites. Plenty of people would like this to become a reality, especially those living with visual impairments and other disabilities.

Over the last few decades, the internet’s unparalleled growth has brought daily life activities such as ordering food, shopping for clothes, and communication just a screen swipe away.

However, this digital success is not free from flaws.

Living in a digital world brings its own challenges in terms of accessibility. It’s important for any business to ensure their website is accessible, not only for legal reasons, but also for marketing purposes.

The Americans with Disabilities Acts of 1990 (ADA) “is a civil rights law that prohibits discrimination based on disability.”

According to the Center for Disease Control and Prevention (CDC), about 61 million adults in the U.S. live with a disability. In the infographic, the CDC states that 1 in 4 adults in the United States has some disability.

The ADA was put into law before the internet as we know it existed, causing a lack of clarity amongst individuals in regard to what the legal standards and requirements are for website ADA compliance.

The ADA has five Titles that address specific areas to which the law applies:

Which Titles Pertain to Internet Accessibility?

This question isn’t an easy one to answer. While Title II has requirements that pertain to state and local government websites, Title III touches on internet accessibility and public accommodations. However, Title III merely grazes the surface.

In a 2020 research brief from the ADA National Network, “most websites are not fully accessible for people with disabilities, and access guidelines do not fully address all access needs.”

In a 2018 letter to members of Congress, the Department of Justice (DOJ) confirmed that it believes Title III includes websites as public accommodations, even though they have

declined to include possible changes to the ADA which would provide further regulations on digital access. However, this does not mean your organization is free from a lawsuit should it be deemed inaccessible.

In recent years, federal courts have upheld the right of disabled people to sue companies for their lack of website and mobile app accessibility.

One notable example dates back to September of 2016, when a California resident named Guillermo Robles filed a lawsuit against Domino’s Pizza. Robles, a blind man, filed the lawsuit because he was unable to place an order through Domino’s mobile app using his screen reader.

Initially, a district judge dismissed the lawsuit, stating that it would “violate Domino’s due process rights,” adding that the DOJ failed to provide helpful guidance. However, the lawsuit went to the Ninth Circuit Court of Appeals.

In 2019, the Court of Appeals reversed that initial ruling. The Ninth Circuit decision stated: “the panel stated that the website and app connected customers to the goods and services of Domino’s physical restaurants. To limit the ADA to discrimination in the provision of services occurring on the premises of a public accommodation would contradict the plain language of the statute.”

Ultimately, Robles won the case. Although this was considered a big win for people with disabilities and disability advocates, the Gil vs Winn-Dixie shows us we still have a long way to go.

A Turn of Events

In 2017, Juan Carlos Gil, a blind man who uses a screen reader, filed a lawsuit against Winn-Dixie Stores due to his screen reader and the Winn-Dixie website being incompatible. Gil was unable to order his medication online, leading to his claim that Winn-Dixie’s website violated Title III of the ADA.

The findings were less than satisfactory for Gil: Winn-Dixie made the argument that their website is not considered a “public accommodation,’ and the Eleventh Circuit agreed. In summary:

With the lack of clarity on what is considered a “public accommodation” under Title III, the DOJ has yet to adopt a specific guideline which would make matters clearer as a legal standard. In this new series, [re]noun will dive into the world of ADA and digital compliance.

While many aspects of our lives become digitized, it’s important to avoid digital alienation. So for site designers and folks in similar professions, there is a comprehensive guide to internet accessibility.

The Web Content Accessibility Guidelines (WCAG) refers to a series of guidelines on how to make web content more accessible for folks with disabilities. It’s important to note that the WCAG is packed with technical jargon and is not intended to be used as an introductory document to accessibility.

The WCAG was published in December of 2008 by the WAI of the W3C.

Let’s take a step back and decode a few acronyms here:

W3C – The World Wide Web Consortium (W3C). Think of it as a club of individuals dedicated to the evolution of the web. It’s an international (hence world wide) industry where people like us (the public) work with staff members and organizations to develop standards and guidelines for the web. Like they say on their website, the W3C “develops international standards for the web.”

WAI – Known as the Web Accessibility Initiative, this is basically the brainchild of the W3C. The WAI’s purpose is to “make the internet accessible for people with disabilities.”

The website is lengthy, but broken down into several sections. For both technical and educational resources, explore the WAI resource page.

Be sure to come back for Part II, where we’ll talk more about established guidelines that could provide more transparency on the issue. In the meantime, if you have any questions, give us a call!

We use cookies on our website to give you the most relevant experience by remembering your preferences and repeat visits. By clicking “Accept”, you consent to the use of ALL the cookies.
Cookie settingsPrivacy PolicyACCEPT
Manage consent